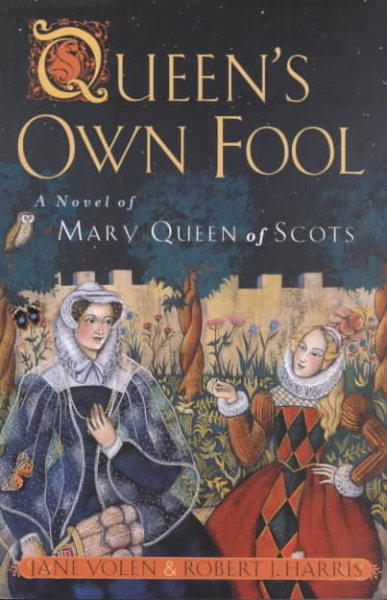 When twelve-year-old Nicola leaves Troupe Brufort and serves as the fool for Mary, Queen of Scots, she experiences the political and religious upheavals in both France and Scotland. Read More
Fans of historical sagas and the CW show Reign will be swept up by this clever tale by Jane Yolen and Robert Harris Once she was a traveling player . . . Now called La Jardinière, a resourceful and clever jester to the queen’s court, Nicola was a most unlikely person to end up “fool” and friend to Mary, Queen of Scots. But Nicola isn’t an ordinary comedian tumbling and clowning before the court; her quick wit and sharp tongue are rare amongst the fawning nobles. As fate takes Mary from France to Scotland, and into confrontations with rebellious lords and devious advisors, Nicola remains deep in the queen’s inner circle. But when the Scots start to turn on Queen Mary, Nicola struggles to find something—anything—that she, just a fool, can do to save her friend. “Based deeply in fact and full of detail both luscious and sordid. . . . [Yolen and Harris] spin a historical tale of great immediacy and impact.”—Kirkus Reviews"This rich and involving novel of Mary Queen of Scots and her court will have readers clamoring to know more about this dramatic period in French and Scottish history. Readers are treated to a fascinating look at royal politics."—School Library Journal  Read Less