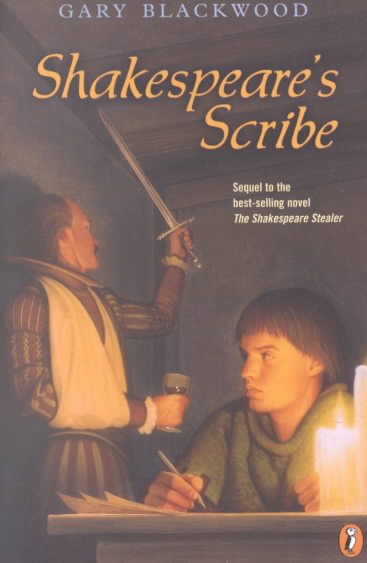 In plague-ridden 1602 England, a fifteen-year-old orphan boy, who has become an apprentice actor, goes on the road with Shakespeare's troupe, and finds out more about his parents along the way. Read More
When an outbreak of the deadly Black Plague closes the Globe Theatre, William Shakespeare's acting troupe sets off on a tour of England. Widge, the orphan-turned-actor, knows that he'll be useful on the trip. Not only does he love the stage, but his knack for a unique shorthand has proven him one of the most valuable apprentices in the troupe. But then a mysterious man appears, claiming to know a secret from Widge's past-a secret that may forever force him from the theatre he loves."An exciting, well-written tale that is sure to leave [readers] clamoring for more." (School Library Journal, starred review) Read Less

The Year of the Hangman