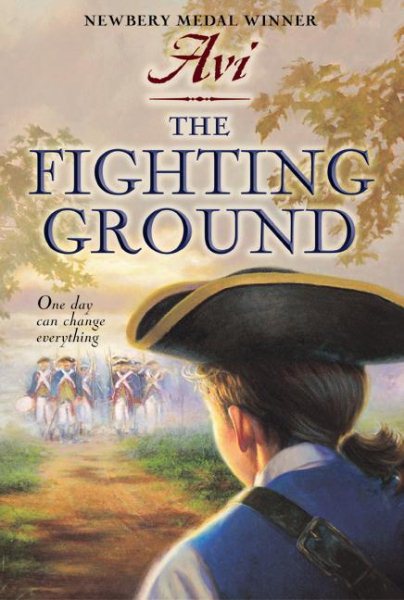 Thirteen-year-old Jonathan goes off to fight in the Revolutionary War and discovers the real war is being fought within himself. Read More
Scott O’Dell Award for Best Historical Fiction * ALA Notable Book * ALA Best Books for YANewbery Medal-winning author Avi tells the “compelling story of a young boy’s first encounter with war and how it changes him.”—Publishers WeeklyJonathan may be only thirteen years old, but with the Revolutionary War unfolding around him, he’s more certain than ever that he wants to be a part of it—to fight for independence alongside his brother and cousin to defeat the British. But Jonathan’s father, himself wounded from battle, refuses to let his son join the front lines. When Jonathan hears the tavern bell toll, calling all soldiers to arms, he rushes to enlist without telling his dad. Gun in hand, Jonathan falls in with a militia and marches onward to the fighting ground. It feels like he’s been waiting his whole life for this moment. But no amount of daydreaming could prepare Jonathan for what he encounters. In just twenty-four hours, his life will be forever changed—by his fellow soldiers, unsuspecting enemies, and the frightening and complicated realities of war.  More than thirty years after its publication, award-winner The Fighting Ground continues to be an important work of historical fiction for young readers. Read Less

Goodreads reviews for The Fighting Ground

The True Confessions of Charlotte Doyle