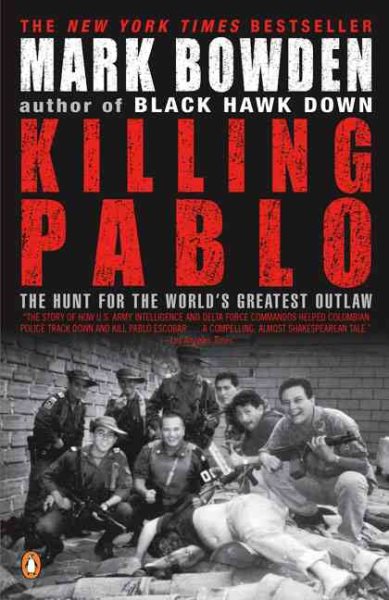 Reveals the inside story of how U.S. special forces and intelligence agencies led the largest manhunt in history to capture and contain Colombian cocaine cartel kingpin Pablo Escobar, one of the world's most powerful outlaws. Read More
A tour de force of investigative journalism-this is the story of the violent rise and fall of Pablo Escobar, the head of the Colombian Medellin cocaine cartel. Escobar's criminal empire held a nation of thirty million hostage in a reign of terror that would only end with his death. In an intense, up-close account, award-winning journalist Mark Bowden exposes details never before revealed about the U.S.-led covert sixteen-month manhunt. With unprecedented access to important players—including Colombian president Cisar Gaviria and the incorruptible head of the special police unit that pursued Escobar, Colonel Hugo Martinez-as well as top-secret documents and transcripts of Escobar's intercepted phone conversations, Bowden has produced a gripping narrative that is a stark portrayal of rough justice in the real world. Read Less

Goodreads reviews for Killing Pablo: The Hunt for the World's Greatest Outlaw