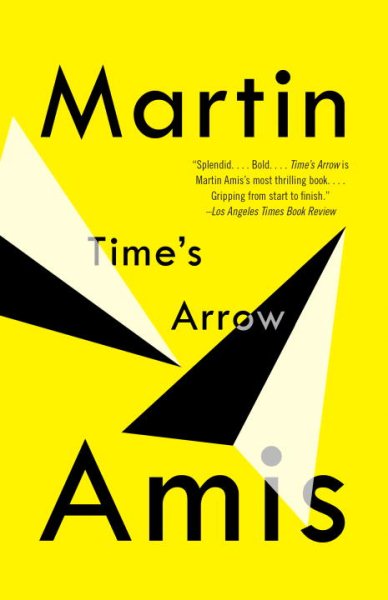 Escaping from the body of a dying doctor who had worked in Nazi concentration camps, the doctor's consciousness begins living the doctor's life backward, aware only that he is living the life of a horrible man at a horrible place in time Read More
In Time's Arrow the doctor Tod T. Friendly dies and then feels markedly better, breaks up with his lovers as a prelude to seducing them, and mangles his patients before he sends them home. And all the while Tod's life races backward toward the one appalling moment in modern history when such reversals make sense."The narrative moves with irresistible momentum.... [Amis is] a daring, exacting writer willing to defy the odds in pursuit of his art."--Newsday Read Less