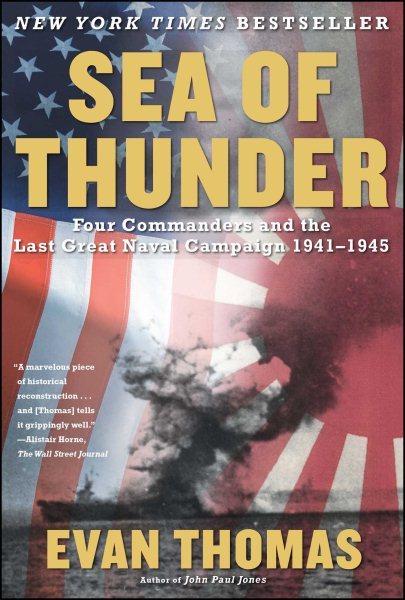 A suspenseful account of the Battle of Leyte Gulf in October 1944 is told through the commands of four naval leaders, including two American commanders and two Japanese admirals, and offers insight into how the war reflected profound cultural differences. Reprint. 75,000 first printing. Read More
Sea of Thunder is a taut, fast-paced, suspenseful narrative of the Pacific War that culminates in the battle of Leyte Gulf, the greatest naval battle ever fought.Told from both the American and Japanese sides, through the eyes of commanders and sailors of both navies, Thomas's history adds an important new dimension to our understanding of World War II. Drawing on oral histories, diaries, correspondence, postwar testimony from both American and Japanese participants, and interviews with survivors, Thomas provides an account not only of the great sea battle and Pacific naval war, but of the contrasting cultures pitted against each other. Read Less