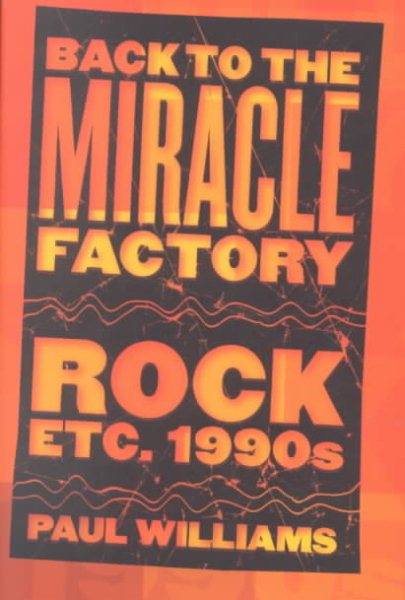 A noted rock critic and historian takes a retrospective look at popular music during the 1990s in a series of essays that offer commentary on the musical developments and performers of the era. Read More
Paul Williams has been writing about pop music for decades, never flagging in his enthusiasm or his emotional and intellectual openness to the newest music. He has been doing this ever since he founded the rock magazine, Crawdaddy, in 1966. His insight into how it feels when we listen to certain performers or certain performances makes a connection between music and reading that is rare and fascinating. Whether its Bob Dylan or Brian Wilson, Pearl Jam or Nirvana, Paul Williams can reveal something we didn't know we knew when we listened to the music. This is what rock criticism was invented to do, back in the 1960s, and he has been doing ever since. It's as much fun to read, as the music is to listen to. Read Less

Goodreads reviews for Back to the Miracle Factory: Rock Etc. 1990's