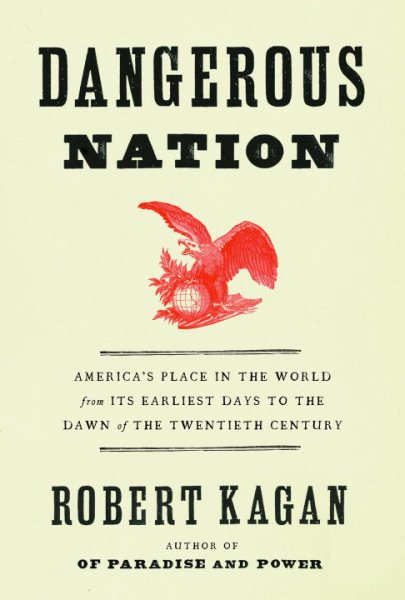 Reassesses the role and significance of America in the world, from the colonial period to the turn of the twentieth century, offering a glimpse of America's increasing global power and influence over the course of the past four centuries. Read More
From the author of the immensely influential and best-selling Of Paradise and Power—a major reevaluation of America’s place in the world from the colonial era to the turn of the twentieth century.Robert Kagan strips away the myth of America’s isolationist tradition and reveals a more complicated reality: that Americans have been increasing their global power and influence steadily for the past four centuries. Even from the time of the Puritans, he reveals, America was no shining “city up on a hill” but an engine of commercial and territorial expansion that drove Native Americans, as well as French, Spanish, Russian, and ultimately even British power, from the North American continent. Even before the birth of the nation, Americans believed they were destined for global leadership. Underlying their ambitions, Kagan argues, was a set of ideas and ideals about the world and human nature. He focuses on the Declaration of Independence as the document that firmly established the American conviction that the inalienable rights of all mankind transcended territorial borders and blood ties. American nationalism, he shows, was always internationalist at its core. He also makes a startling discovery: that the Civil War and the abolition of slavery—the fulfillment of the ideals of the Declaration—were the decisive turning point in the history of American foreign policy as well. Kagan's brilliant and comprehensive reexamination of early American foreign policy makes clear why America, from its very beginning, has been viewed worldwide not only as a wellspring of political, cultural, and social revolution, but as an ambitious and, at times, dangerous nation. Read Less

Goodreads reviews for Dangerous Nation: America's Place in the World, from it's Earliest Days to the Dawn of the 20th Century

The Jungle Grows Back: America and Our Imperiled World

Of Paradise and Power: America and Europe in the New World O...