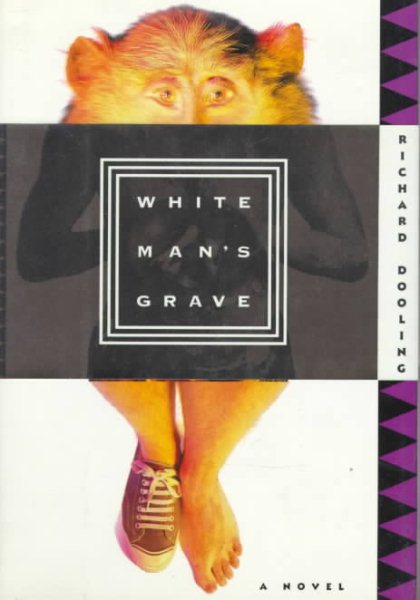 A satire, steeped in irony, chronicles the misadventures of Boone Westfall, who wanders through West Africa encountering witches, angry ancestors, and bad medicine in search of his missing friend Michael Killigan, whose high-powered banker father is conducting his own search. Read More
Michael Killigan, a Peace Corps Volunteer in West Africa, is missing. The search for him is launched separately by his father, Randall, a master-of-the-universe and warlord of the Indianapolis bankruptcy courts. and Michael's best friend, Boone Westfall. Once in Freetown, Boone falls in with Sam Lewis, an unscrupulous Volunteer who's fed up with Sierra Leone, a country which in 1992 earned the distinction of being the world's worst place to live, according to the United Nations. Lewis leads Boone into the bush and turns him over to Aruna Sisay, "the white Mende man," a fallen anthropologist who's sworn off the rigors of fieldwork and succumbed to the charms of ruling hell.Back in America, Randall receives an ominous bundle of black rags from Sierra Leone and starts to experience terrifying sleep disorders. A raving hypochondriac, he bankrolls a search for his son, while seeking a medical explanation for his nocturnal hallucinations.Meanwhile. Liberian rebels are crossing the border in the south of Sierra Leone, elections are erupting into riots, and the countryside is ruled by warring secret societies of leopard and baboon men which still practice witchcraft and human sacrifice to win political - even supernatural - power.But where's Michael?To find Killigan. Boone must negotiate witches and witch-finders, disgruntled ancestors and bush devils, bad medicine and "shapeshifters" who roam about in the guise of animals. And Randall learns that the bundle of rags may have transformed itself into a spirit and "entered" him, causing supernatural disturbances. Both begin by wondering if witchcraft is "true" and conclude that if it "works," it may as well be.An exuberantly funny satire in which litigation, modern medicine, and the insurance business begin to look a lot like primitive magic. White Man's Grave pillories our deepest fears, forcing us to consider the ultimate nature of evil. Read Less