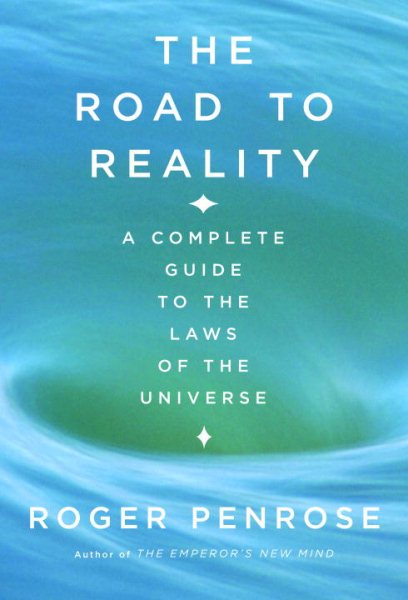 Presents an overview of the physical laws of the universe, with an explanation of the theories of relativity and quantum mechanics, cosmology, the Big Bang, black holes, string and M theory, and other topics. Read More
From one of our greatest living scientists, a magnificent book that provides, for the serious lay reader, the most comprehensive and sophisticated account we have yet had of the physical universe and the essentials of its underlying mathematical theory.Since the earliest efforts of the ancient Greeks to find order amid the chaos around us, there has been continual accelerated progress toward understanding the laws that govern our universe. And the particularly important advances made by means of the revolutionary theories of relativity and quantum mechanics have deeply altered our vision of the cosmos and provided us with models of unprecedented accuracy. What Roger Penrose so brilliantly accomplishes in this book is threefold. First, he gives us an overall narrative description of our present understanding of the universe and its physical behaviors–from the unseeable, minuscule movement of the subatomic particle to the journeys of the planets and the stars in the vastness of time and space.Second, he evokes the extraordinary beauty that lies in the mysterious and profound relationships between these physical behaviors and the subtle mathematical ideas that explain and interpret them. Third, Penrose comes to the arresting conclusion–as he explores the compatibility of the two grand classic theories of modern physics–that Einstein’s general theory of relativity stands firm while quantum theory, as presently constituted, still needs refashioning.Along the way, he talks about a wealth of issues, controversies, and phenomena; about the roles of various kinds of numbers in physics, ideas of calculus and modern geometry, visions of infinity, the big bang, black holes, the profound challenge of the second law of thermodynamics, string and M theory, loop quantum gravity, twistors, and educated guesses about science in the near future. In The Road to Reality he has given us a work of enormous scope, intention, and achievement–a complete and essential work of science Read Less

Goodreads reviews for The Road to Reality : A Complete Guide to the Laws of the Universe

Shadows of the Mind: A Search for the Missing Science of Con...

The Nature of Space and Time

The Large, the Small and the Human Mind (Canto)