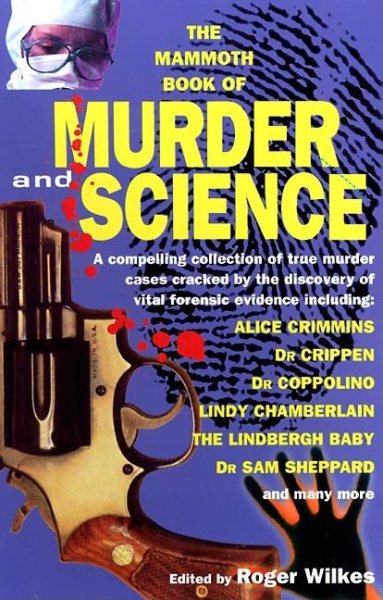 An anthology of thirty true-life murder cases examines the important contributions of forensic science to criminal justice and the role of handwriting analysis, blood evidence, and other clues in unraveling the truth about the crimes. Original. Read More
A compelling true-crime collection of infamous murder cases cracked by forensic know-how. In the tradition of the popular top-sellers The Mammoth Book of True Crime and The Mammoth Book of Unsolved Crime, this volume offers an absorbing anthology of thirty actual murder cases in which forensic evidence ensured criminal justice - from the blood evidence in the murder trial of Dr. Sam Sheppard, the case that inspired the TV series The Fugitive, to the bite marks on the daughter of Lindy Chamberlain, the Australian woman who claimed her child had been abducted by a dingo, to the handwriting that convicted Texas attorney Albert T. Patrick of a millionaire businessman's murder. Read Less

Goodreads reviews for The Mammoth Book of Murder and Science

The Mammoth Book of Unsolved Crime