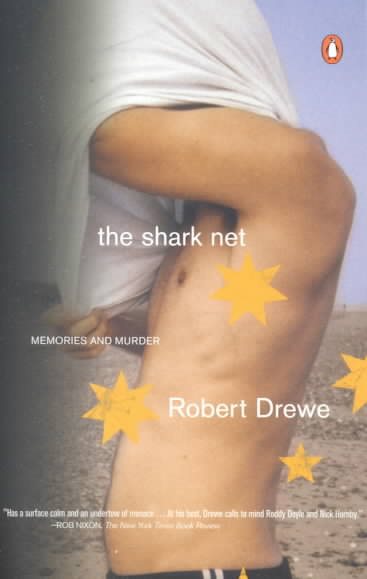 Combining an intimate portrait of his own adolescence with a disturbing account of multiple murder, an acclaimed Australian writer offers a close-up look at the life and crimes of Eric Cooke, a man whose murderous crime spree terrorized the city of Perth for five years and whose list of victims included one of the author's own friends. Reprint. Read More
"Robert Drew has written a moving and unpretentious memoir of a precocious youth, a bittersweet tribute to youth's optimism."—Joyce Carol Oates, The New York Review of Books A "spiced and savory memoir" (The New York Times) of the dark life hidden in a sunny seaside Australian community.Written with the same lyrical intensity and spellbinding prose that has won Robert Drewe's fiction international acclaim, The Shark Net is set in a city haunted by the menace of an elusive serial killer. Drewe's middle class youth in the seaside suburbs of Perth, Australia—often described as the most isolated city in the world—takes a sinister turn when a social outcast (who turns out to be an employee of Drewe's father) embarks on a five-year murder spree. This unusual memoir brilliantly evokes the confluence of adolescent innocence and sexual awakening, while a killer who eventually murders eight people—including several of Drewe's friends—lurks in the shadows. Read Less

Goodreads reviews for The Shark Net: Memories and Murder