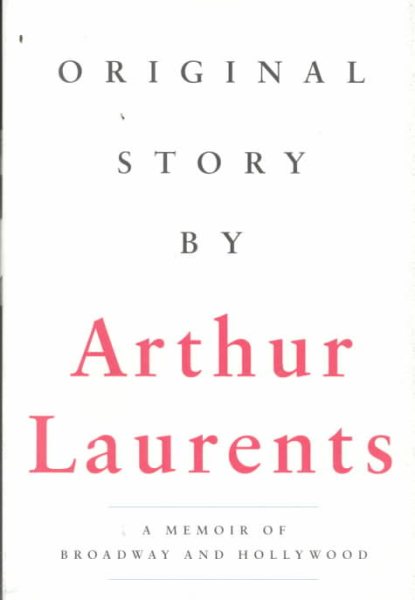 The director, screenwriter, and playwright provides a look into his world, introducing the wide array of stars he has met over the years and revealing the hardship and joy that comes with a life in show business. Read More
Director, playwright and screenwriter Arthur Laurents - author of Gypsy, West Side Story, Anastasia, The Turning Point and other plays and films - takes us into his life, and into the dazzling world in which he worked, among the artists, directors, actors and personalities who came of age in the theatre and in Hollywood after the Second World War.He takes us into his boyhood in Flatbush and his days at Cornell, where he learned to write plays, learned he was homosexual, learned what his politics would be as he organized support for the Spanish Civil War and protests against campus witch hunts (these undergraduate years became the basis for The Way We Were). He takes us into his days in the Army as a sergeant (in Astoria, Queens), writing training films with Irwin Shaw, William Saroyan, John Cheever, sunbathing with Bill Holden and competing to see which of them could outdrink the other.Laurents describes a wartime New York City that was vibrant, eager and sexually alive, where he wrote for radio (The Man Behind the Gun; Lux Radio Theater). He confesses his methods for devising plots: make a list of twists and turns from successful movies, number them from one to fifteen, choose at random and link them up.We see Laurents going off to Hollywood, reporting for duty at MGM, then a "feudal domain, a prisonlike fortress behind stone walls" ... and being propelled out of Hollywood for a life in Paris when his agent, Swifty Lazar, tells him, "You're blacklisted, my dear boy ... the studio said you were too expensive before I mentioned money."Laurents writes about his return to New York and his smash hit play, The Time of the Cuckoo, with Shirley Booth, later made into a movie called Summertime with Katharine Hepburn, then into a musical (Do I hear a Waltz?, with music by Richard Rodgers, words by Stephen Sondheim). He writes about jump-starting Barbra Streisand's career by casting her in her first Broadway show, I Can Get It for You Wholesale. He writes about the creation of Gypsy with Jule Styne and Stephen Sondheim about the directing of La Cage aux Folles ... and about coming together in a complex, fraught collaboration with his three old pals Robbins, Bernstein and Sondheim for West Side Story. Read Less

Goodreads reviews for Original Story By: A Memoir of Broadway and Hollywood

Mainly on Directing: Gypsy, West Side Story, and Other Music...

A clearing in the woods;: A play (A Random House play)