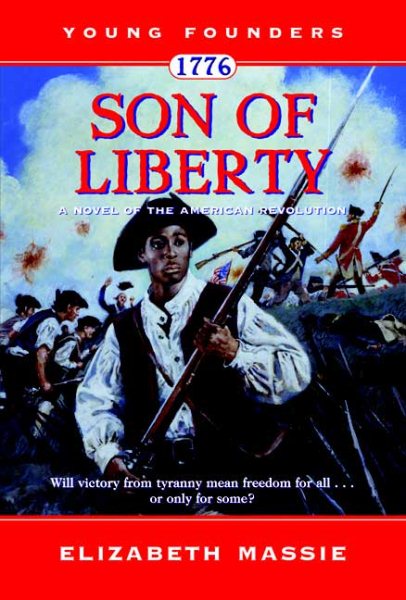 Caleb Jacobson, a sixteen-year-old African American free man living on a Maryland farm in the 1700s, is torn between loyalty to his fellow colonials and his race when rumors of war begins arriving from Boston. Read More
“We hold these truths to be self-evident, that all men are created equal…” On his farm in Maryland, sixteen-year-old Caleb Jacobson hears rumors of an armed rebellion of the Massachusetts colonists against the oppressive tyranny of King George III and his soliders. Educated in a small Quaker school, Caleb has been taught that it is wrong to raise one's hand against another. Yet Caleb is a free black living in a slave colony. He knows firsthand the horrors and hardships of slavery and wonders what good an American victory will do if his fellow blacks--including his best friend Gaddi--remain shackled in bondage. Then comes news that the British Governor Lord Dunmore promises freedom to any slave who joins his army against the Americans. Can he be trusted to keep his work? Or should Caleb support the colonists' fight in hope of a better future for his people? Caleb will have to choose. Read Less

Goodreads reviews for 1776: Son of Liberty: A Novel of the American Revolution (Young Founders)