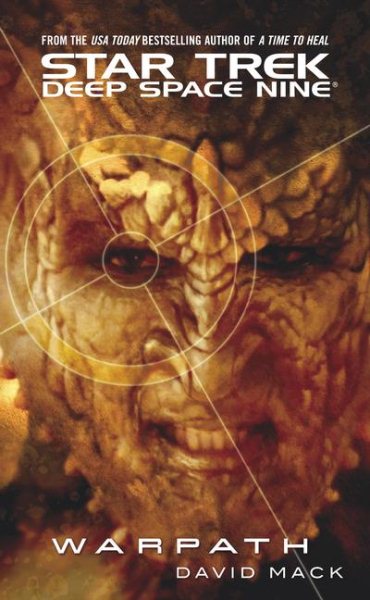 With both Captain Kira Nerys and Lieutenant Ro Laren critically injured in an attack by Taran-atar, an Honored Elder among the Jem'Hadar, who had been working with the crew of Deep Space Nine, the rogue Jem'Hadar flees into Cardassian space with a hostage, pursued by Commander Elias Vaughn of the U.S.S. Defiant. Original. Read More
They were created to be killing machines. Highly intelligent, resourceful, and deceptively complex, the Jem'Hadar are a species engineered for war and programmed at the genetic level for one purpose: to fight until death as soldiers of the sprawling stellar empire known as the Dominion. No Jem'Hadar has ever lived thirty years, and not even their masters, the shape-shifting Founders, know what such a creature is capable of becoming were it to be freed of its servitude. One Founder, however, has dared to wonder. Appointed by Odo himself to learn peaceful coexistence aboard Deep Space 9 ™, Taran'atar, an Honored Elder among the Jem'Hadar, had for months been a staunch, if conflicted, ally to the crew of the station, ever struggling to understand the mission on which he was sent . . . until something went horrifically wrong. Consumed by self-doubt and an ever-growing rage, Taran'atar has lashed out against those he was sworn to aid. While Captain Kira Nerys and Lieutenant Ro Laren both lie near death aboard DS9, their assailant has taken a hostage and fled into Cardassian space, pursued by Commander Elias Vaughn on the U.S.S. Defiant. But as the hunt unfolds, Taran'atar's true objective becomes increasingly less certain, as the rogue Jem'Hadar leads the Defiant to a discovery even more shocking than his crime. Read Less