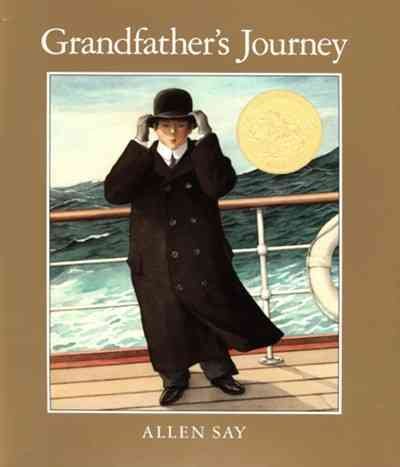 A Japanese American man recounts his grandfather's journey to America, which he later also undertakes, and describes the feelings of being torn by a love for two different countries. Read More
Lyrical, breathtaking, splendid&apos;words used to describe Allen Say&apos;s Grandfather&apos;s Journey when it was first published. At once deeply personal yet expressing universally held emotions, this tale of one man&apos;s love for two countries and his constant desire to be in both places captured readers&apos; attention and hearts. Winner of the 1994 Caldecott Medal, it remains as historically relevant and emotionally engaging as ever. Read Less