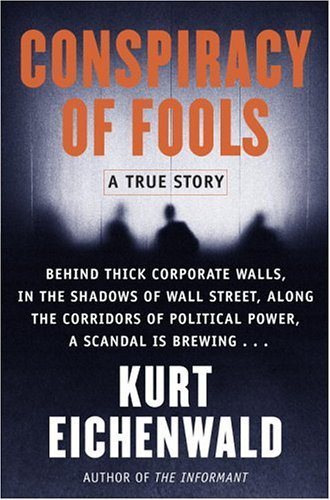 In a study of the Enron scandal, the author goes behind the scenes to profile the players and expose business practices involved in the financial and political debacle that had a profound impact on both Washington and Wall Street. Read More
From an award-winning New York Times reporter comes the full, mind-boggling story of the lies, crimes, and ineptitude behind the spectacular scandal that imperiled a presidency, destroyed a marketplace, and changed Washington and Wall Street forever . . . It was the corporate collapse that appeared to come out of nowhere. In late 2001, the Enron Corporation--a darling of the financial world, a company whose executives were friends of presidents and the powerful--imploded virtually overnight, leaving vast wreckage in its wake and sparking a criminal investigation that would last for years. But for all that has been written about the Enron debacle, no one has yet to re-create the full drama of what has already become a near-mythic American tale.Until now. With Conspiracy of Fools, Kurt Eichenwald transforms the unbelievable story of the Enron scandal into a rip-roaring narrative of epic proportions, one that is sure to delight readers of thrillers and business books alike, achieving for this new decade what books like Barbarians at the Gate and A Civil Action accomplished in the 1990’s.Written in the roller-coaster style of a novel, the compelling narrative takes readers behind every closed door--from the Oval Office to the executive suites, from the highest reaches of the Justice Department to the homes and bedrooms of the top officers. It is a tale of global reach--from Houston to Washington, from Bombay to London, from Munich to Sao Paolo--laying out the unbelievable scenes that twisted together to create this shocking true story. Eichenwald reveals never-disclosed details of a story that features a cast including George W. Bush, Dick Cheney, Paul O’Neill, Harvey Pitt, Colin Powell, Gray Davis, Arnold Schwarzenegger, Alan Greenspan, Ken Lay, Andy Fastow, Jeff Skilling, Bill Clinton, Rupert Murdoch and Sumner Redstone. With its you-are-there glimpse into the secretive worlds of corporate power, Conspiracy of Fools is an all-true financial and political thriller of cinematic proportions. Read Less

Goodreads reviews for Conspiracy of Fools: A True Story

Conspiracy of Fools: A True Story

The Informant: A True Story

The Informant: A True Story