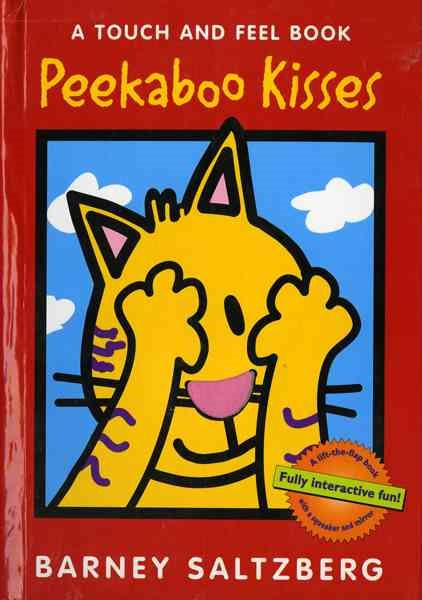 Lift the flaps to uncover an adorable new game of kisses! Read More
Peekaboo! What's hiding behind those paws? Why, it's something woolly, something fluffy, something fuzzy, and something squeaky . . . a colorful menagerie of playful animals, each eager to be covered with kisses. With flaps to lift, a squeaker to press, and a peek-at-yourself mirror at the end, this touchable, smoochable new book from the popular creator of Animal Kisses and Baby Animal Kisses is loaded with fun, surprises, and, of course, plenty of kisses. Read Less