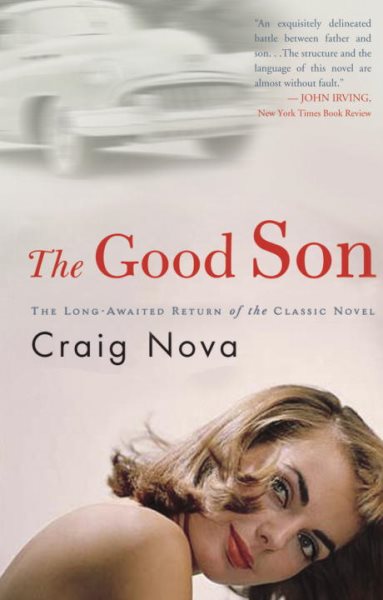 Chip Mackinnon, a fighter pilot transformed by his experiences and imprisonment during World War II, finds passion and danger in a wildly exotic relationship with Jean Cooper, a beautiful and lonely young girl. Reprint. 25,000 first printing. Read More
“The Good Son is the work of an artist in full command, and those of you entering it for the first time can only be envied.” —From the foreword by Jonathan YardleyChip Mackinnon returns from World War II a changed man. After being shot down over the desert and imprisoned by the enemy, the world of privilege to which he belongs seems shallow. But in the shadow of his older brother’s death, the full weight of his father’s expectations falls on Chip. Pop Mackinnon—whose money is new but just as good as anyone else’s—has designs on the upper echelons of society. The polo ponies and expensive education he bought for his son weren’t gifts; they were an investment in the family’s future. Now it’s time for Chip to pay him back by marrying a girl who can finally bring the Mackinnons into society’s inner circle.A shrewd and cunning man, Pop is used to getting his way—until the arrival of Jean Cooper, that is. This Midwestern beauty awakens Chip’s passions, and the two embark on an affair that threatens to destroy Pop’s social-climbing plans. A battle of wills between father and son ensues, one that tests the boundaries of their relationship and strays into the place where love turns irrevocably to hate.Originally published in 1982 to wide acclaim, The Good Son remains Craig Nova’s undisputed masterpiece. This classic of contemporary American literature artfully explores the complicated web of emotions that exists between fathers and sons—ambition, jealousy, loyalty, love—in a tale that compels with its simple, searing honesty.Also Available as an eBook. Read Less

Goodreads reviews for The Good Son: A Novel

All the Dead Yale Men: A Novel

The Informer: A Novel