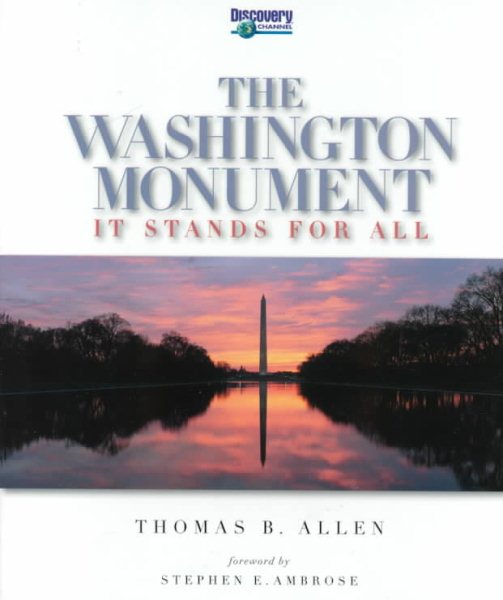 An illustrated guide to the Washington Monument retraces the history of the great tower and looks at its place as a focal point for important gatherings. Read More
The Washington Monument dominates not only the skyline of the nation's capital but also the iconography of the country itself. From its conception (the result of a Continental Congress that wanted to honor a reluctant general) to its completion after nearly a century of stop-and-go planning and construction, the story of the Monument involves virtually every major political figure of America's first century. Since the Monument's dedication, its grounds have become a national font yard on which a host of historical events have unfolded--a place where soldiers have assembled since the Civil War, where Vietnam War protesters gathered in the 1960s, and where the nation celebrates its independence each Fourth of July.The Washington Monument: It Stands for All offers a unique look at the Washington Monument, the worlds tallest freestanding masonry structure. It takes readers where visitors cannot go, depicting the 193 memorial stones that grace its internal walls and using cutaway drawings to explain its construction. From the political intrigue surrounding its construction to the dramatic events that have taken place in its shadow, no stone is left unturned in this comprehensive tribute to our national icon. Read Less

Goodreads reviews for The Washington Monument: It Stands for All

The Encyclopedia of Espionage

Tories: Fighting for the King in America's First Civil War