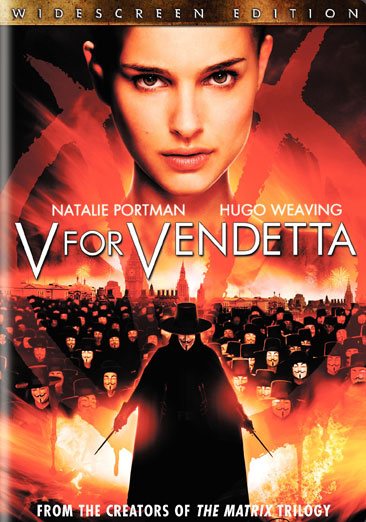 A terrorist freedom fighter known only as V begins a violent guerilla campaign to destroy those who've succumbed to totalitarianism, and recruits a young woman he's rescued from the secret police to join him. Read More
In a futuristic Britain where a totalitarian regime rules, a young woman is rescued from certain death by a masked vigilante calling himself "V," who launches a one-man crusade against government tyranny and oppression. Read Less