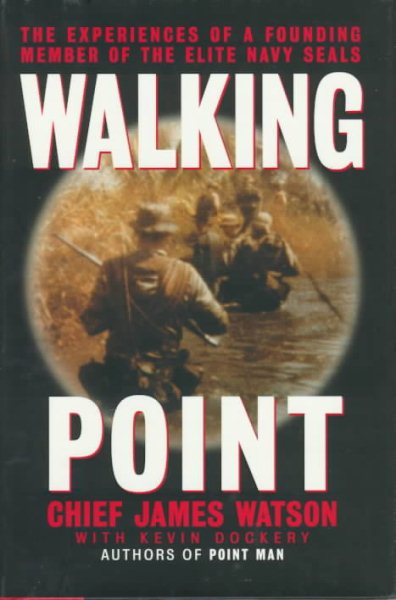 Discusses the history of the SEALs, their intensive training program, their specialized skills and equipment, and their missions around the world Read More
In Walking Point, Chief Watson recounts the history of the SEALs, from their inception in 1962 through his three tours of duty in Vietnam, and discusses the SEALs today. As a SEAL, Chief Watson was part of the U.S. military's worldwide Special Forces, responsible for fighting guerrilla-style warfare and training local forces in advanced combat tactics.Known for their incredible combat skill, the SEALs are one of the most elite sectors of the military. This time out, Chief Watson takes readers along with SEAL Team Two, Sixth Platoon, as they perform treacherous diving missions, penetrate POW camps, learn how to arm a "baby atom bomb," block seaborne supply routes, develop intelligence on enemy positions, and interrogate prisoners. Read Less

Goodreads reviews for Walking Point: The Experiences of a Founding Member of the Elite Navy Seals

Stalkers and Shooters: A History of Snipers

Navy Seals: A History of the Early Years