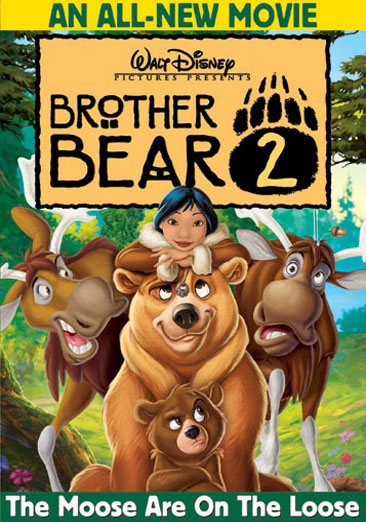 Nita prepares to marry as the spirits send a sign that she and Kenai still have a strong bond even though he was turned into a bear and lives happily with his adopted brother bear, Koda. Read More
It's good to be a bear in Disney's all-new motion picture Brother Bear 2. All your favorite characters are back, including those wisecracking moose brothers Rutt and Tuke, and they've brought along some new friends, in a hilarious adventure of destiny turned upside down. Read Less