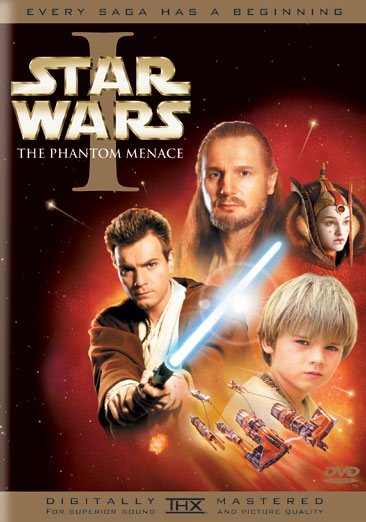 Jedi Master Qui-Gon Jinn and his young apprentice Obi-Wan Kenobi aid the Queen of Naboo in an attempt to thwart the invasion of her home planet; meanwhile, they come across Anakin Skywalker, a young boy with strong Jedi powers. Read More
As imminent conflict brews between the powerful Trade Federation and the peaceful planet of Naboo, Jedi Master Qui-Gon Jinn and his apprentice Obi-Wan Kenobi travel to Naboo to warn the Queen of the galactic fallout which is to follow. Eventually, Naboo is invaded forcing the Jedis to evacuate the planet with the Queen and her court. They travel to the desert planet of Tatooine where they meet a slave boy called Anakin Skywalker who is evidently one with the Force. They enlist his help in fighting the war, while the Jedis confront one of the Dark Jedis behind the invasion, Darth Maul, while his master Darth Sidious continues to lead the invasion as a "phantom" behind the scenes. Read Less