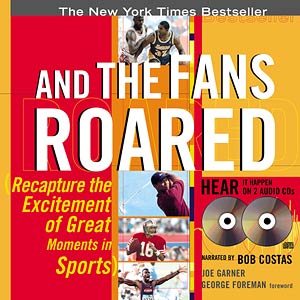 Goodreads reviews for And The Fans Roared: Recapture the Excitement of Great Moments in Sports