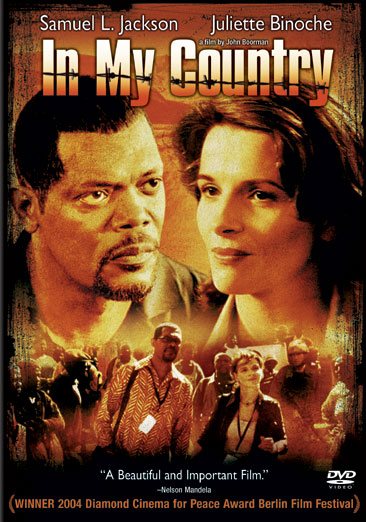 A Washington Post journalist is sent to South Africa to cover the Truth and Reconciliation Commission hearings in which perpetrators on both sides of Apartheid are allowed to confront their victims as an act of contrition and gain amnesty. Read More
In 1996, the South African government established the Truth and Reconciliation Commission to investigate abuses of human rights under apartheid. These hearings would serve as a forum for those accused of murder and torture to be confronted by their victims and, by admitting their guilt, be granted amnesty under Ubuntu, the native custom of forgiveness. Covering the sessions are Langston Whitfield (Jackson) and Anna Malan (Binoche), two journalists who, through their reporting, inspire both the world and themselves with these extraordinary stories about courage, compassion and the redeeming power of love. Based on the book Country of My Skull by Antjie Krog. Read Less