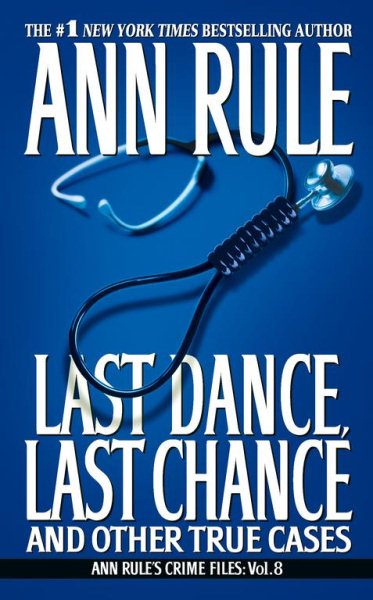 A collection of true-crime tales includes an account of Dr. Anthony Pignataro, a cosmetic surgeon with a penchant for forged credentials and botched surgeries, and his attempted arsenic poisoning of his wife. Read More
"America's best true-crime writer" (Kirkus Reviews), Ann Rule presents an all-new collection of crime stories drawn from her private files -- and featuring the riveting case of a fraudulent doctor whose lifelong deceptions had deadly consequences. LAST DANCE LAST CHANCE Dr. Anthony Pignataro was a cosmetic surgeon and a famed medical researcher whose flashy red Lamborghini and flamboyant lifestyle in western New York State suggested a highly successful career. But appearances, as this shocking insider account of Pignataro's tailspin from physician to prisoner proves, can be deceiving -- and, for the doctor's wife, very nearly deadly. No one was safe if they got in his way. With scalpel, drugs, and arsenic, he betrayed every oath a physician makes -- until his own schemes backfired. Now, the motivations of the classic sociopath are plumbed with chilling accuracy by Ann Rule. Along with other shocking true cases, this worldwide headline-making case will have you turning pages in disbelief that a trusted medical professional could sink to the depths of greed, manipulation, and self-aggrandizement where even slow, deliberate murder is not seen for what it truly is: pure evil. Read Less