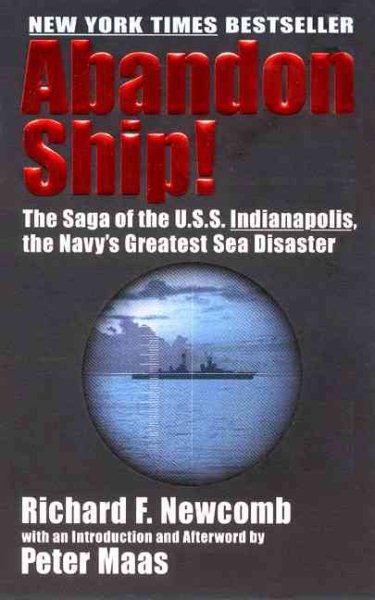 A chronicle of the U.S.S. Indianapolis is updated with newly uncovered data retracing the privations suffered by survivors of this World War II vessel in the aftermath of a Japanese torpedo attack. Read More
Sailing across the Pacific, the battle-scarred heavy cruiser U.S.S. Indianapolis had just delivered a secret cargo that would trigger the end of World War II. Heading westward , she was sunk by a Japanese submarine. In twelve minutes, some 300 men went down with her. More than 900 others spent four horrific days and five nights in the ocean with no water to drink, savaged by a pitiless sun and swarms of sharks. Incredibly, no one knew they were there until a Navy patrol plane accidentally discovered them. In the end, only 316 crewmen survived.How could this have happened -- and why? This updated edition of Abandon Ship!, with a new introduction and afterword by Peter Maas, supplies the chilling answer. A harrowing account of military malfeasance and human tragedy, Abandon Ship! also scrutinizes the role of the U.S. Navy in the disaster, especially the court-martial of the ship's captain, Charles Butler McVay III. Maas reveals facts previously unavailable to Richard Newcomb and chronicles a forty-year crusade to right a wrong, a crusade Abandon Ship! inspired. Read Less

Abandon Ship!: The Saga of the U.S.S. Indianapolis, the Navy...