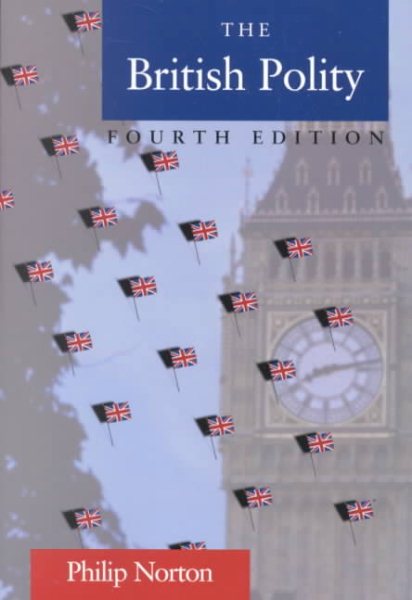 The British Polity is a remarkably lucid, accessible, and thoroughly updated revision of Philip Norton's highly-praised book on the institutions and processes, continuity and change of British politics. Among other topics, its comprehensive coverage examines: political history, the British electoral system, the prime minister, cabinet committees, political parties, interest groups, Parliament, the monarchy, relations with the European Community, and mass media. For those interested in British politics. Read More
Norton (U. of Hull, UK) has substantially reworked this study to reflect the many changes in Britain's political situation since the third edition was printed in 1993. New chapters are included on the new assemblies in the UK, local government now has its own chapter, and the remaining chapters have been revised to reflect the rise of the Labour Party and shifts in the Conservatives. Other topics include: the contemporary landscape and political culture, the constitution, the electoral system, the political parties, interest groups, the executive branch, the European Union, parliament, the monarchy, enforcement, and the mass media. Annotation c. Book News, Inc., Portland, OR (booknews.com) Read Less