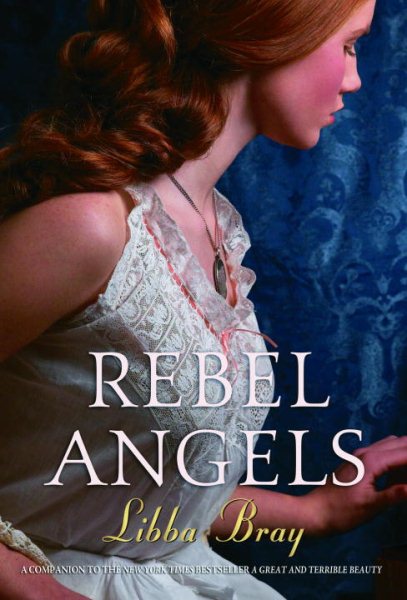 Gemma and her friends from the Spence Academy return to the realms to defeat her foe, Circe, and to bind the magic that has been released. Read More
Ah, Christmas! Gemma Doyle is looking forward to a holiday from Spence Academy, spending time with her friends in the city, attending ritzy balls, and on a somber note, tending to her ailing father. As she prepares to ring in the New Year, 1896, a handsome young man, Lord Denby, has set his sights on Gemma, or so it seems. Yet amidst the distractions of London, Gemma’s visions intensify–visions of three girls dressed in white, to whom something horrific has happened, something only the realms can explain. . . . The lure is strong, and before long, Gemma, Felicity, and Ann are turning flowers into butterflies in the enchanted world of the realms that Gemma alone can bring them to. To the girls’ great joy, their beloved Pippa is there as well, eager to complete their circle of friendship. But all is not well in the realms–or out. The mysterious Kartik has reappeared, telling Gemma she must find the Temple and bind the magic, else great disaster will befall her. Gemma’s willing to do his intrusive bidding, despite the dangers it brings, for it means she will meet up with her mother’s greatest friend–and now her foe, Circe. Until Circe is destroyed, Gemma cannot live out her destiny. But finding Circe proves a most perilous task. Read Less

A Great and Terrible Beauty (The Gemma Doyle Trilogy)