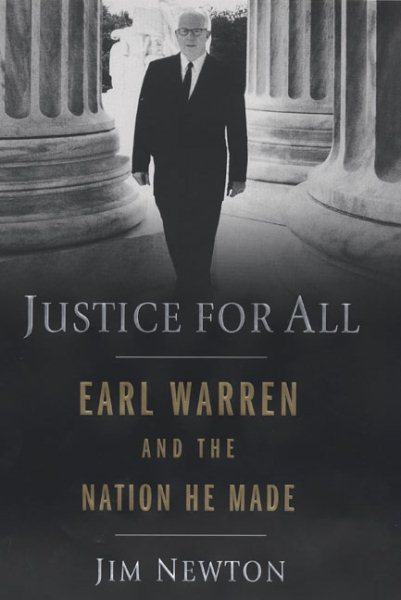 An account of the career of the former chief justice and chairman of the Warren Commission draws on previously unavailable government documents and new interviews to evaluate his integral roles in the evolutions of defining political moments from the past half century, from school desegregation to the support of Japanese Americans interred during World War II. 40,000 first printing. Read More
A masterful biography of the legendary chief justice of the United States and chairman of the Warren Commission by an award-winning journalist, using previously unavailable government documents and scores of new interviews that cast new light on this crucial figure in U.S. history. Earl Warren played a key role in nearly every defining political moment in American history in the latter half of the twentieth century. He began as an aggressive county prosecutor offended by graft and vice, then rose through California politics. As attorney general and governor, he led the country's fastest-growing state during a time of enormous change, his support for the internment of Japanese Americans during World War II one of the few blemishes on an otherwise progressive record. From his historic governorship to his pivotal years as chief justice to his role as chairman of the commission that investigated the assassination of John F. Kennedy, Warren traversed the Depression and the Cold War, the struggles to defend America against foreign enemies, and the emergence of a muscular commitment to individual liberty. As chief justice from 1953 to 1969, Warren refashioned the place of the Supreme Court in American life, overseeing cases that desegregated schools (Brown v. Board of Education), established a constitutional right of privacy (Griswold v. Connecticut), outlawed prayer in public schools (Engel v. Vitale), created a right to counsel in state trials (Gideon v. Wainwright), codified voting rights (Baker v. Carr), and revolutionized police procedure (Miranda v. Arizona). Through those cases, Warren became a target for conservative ideologues, but he also carved a place for himself as one of the Court's most respected justices and reconstructed American society into the institutions and values it upholds today. James S. Newton brings readers the first truly complete consideration of Earl Warren, taking advantage of unprecedented access to governmental, academic, and private documents pertaining to Warren's life, as well as the extensive cooperation of Warren's living children and associates. Newton illuminates both the public and the private Warren, the father of six whose own father was murdered, the stoic leader of the Masons who was touched by the difficulties of children, the sturdy yet prickly man. The result is a monumental biography of a complicated and principled figure that will become a seminal work of twentieth-century American history. Read Less

Goodreads reviews for Justice for All: Earl Warren and the Nation He Made

Justice for All: Earl Warren and the Nation He Made