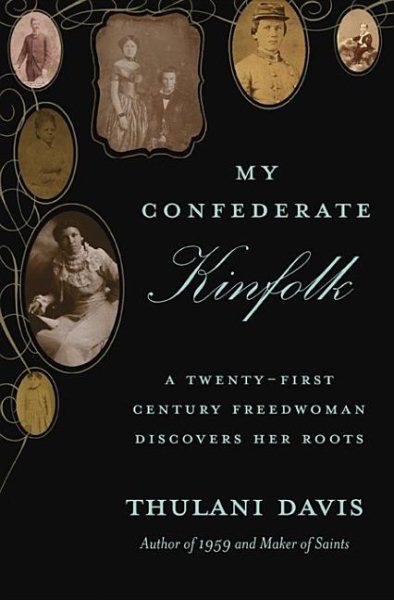 Beloved novelist and playwright Thulani Davis takes a journey through her ancestral history-and finds tartan plaid, unlikely lovers, and Confederate soldiers Read More
Starting with a photograph and some writings left by her grandmother, Thulani Davis goes looking for the "white folk" in her family-a Scots-Irish family of cotton planters unknown to her-and uncovers a history far richer and stranger than she had ever imagined. When Davis's grandmother died in 1971, she was writing a novel about her parents, Mississippi cotton farmers who met after the Civil War: Chloe Curry, a former slave from Alabama, married with several children, and Will Campbell, a white planter from Missouri who had never marriedIn this compelling intersection of genealogy, memoir, and Reconstruction history, Davis picks up where her grandmother left off. Her journey takes her from Missouri to Mississippi to Alabama, back to her home town in Virginia, and even to Sierra Leone. The Campbells lead her to locate not only their pioneer history but to find the previously unknown roots of her mother's family; to Civil War archives, where she discovers the records of the Campbells who fought with Confederate troops; to the Silver Creek plantation in Yazoo, Mississippi, where the two branches of her family history became one; and to a county near her Virginia hometown where both families started their American journey, completely unknown to each other. My Confederate Kinfolk examines the origins of some of our most deeply ingrained notions about what makes a family black or white and offers an immensely compelling, intellectually challenging alternative. Read Less

Goodreads reviews for My Confederate Kinfolk: A Twenty-First Century Freedwoman Discovers Her Roots