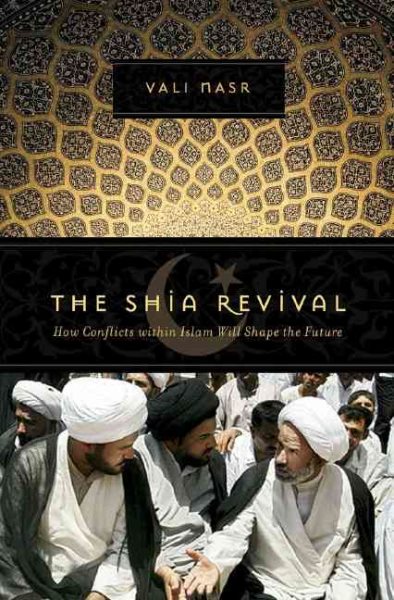 Considers the ways in which struggles between the Shia and Sunni in the Middle East will affect the region's future, offering insight into the power conflicts between Iran and Saudi Arabia for political and spiritual leadership of the Muslim world. Read More
The critical struggle between Shia and Sunni for the future of the Middle East.To most Western eyes, all Islamic movements look alike, and the central conflict in the Middle East is one between religion and secularism. Shockingly little has been written about the bitter divide between Shia and Sunni. Yet without understanding their ancient conflictand its modern embodiment in the power struggle between Iran and Saudi Arabia for political and spiritual leadership of the Muslim worldit is impossible to comprehend events across the so-called Shia Crescent, from East Africa through Iraq and Pakistan to India.The provocative rise of the Ayatollah Khomeini, the Saudi pressure on the United States not to unseat Saddam Hussein in 1991, the critical role of the Ayatollah Sistani and the religious establishment in Najaf (Iraq), the volatility of Pakistan today, and the consequences of the shift toward Shia power through American interventionall this and more is explained in the light of the Shia/Sunni divide. Read Less

Goodreads reviews for The Shia Revival: How Conflicts within Islam Will Shape the Future

The Shia Revival: How Conflicts within Islam Will Shape the...

The Rise of Islamic Capitalism: Why the New Muslim Middle Cl...