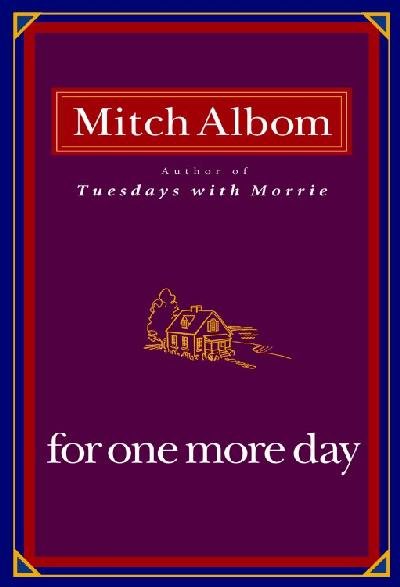 In an inspirational debut novel by the author of Tuesdays with Morrie, Charles "Chick" Benetto, grieving over the death of his mother, uses alcohol as a crutch to deal with his loneliness, isolation, and depression and the disintegration of his life, until an encounter with his mother's ghost brings him new awareness and leads him to attempt to put his life back together. 1,500,000 first printing. Read More
This is the story of Charley, a child of divorce who is always forced to choose between his mother and his father. He grows into a man and starts a family of his own. But one fateful weekend, he leaves his mother to secretly be with his father - and she dies while he is gone. This haunts him for years. It unravels his own young family. It leads him to depression and drunkenness. One night, he decides to take his life. But somewhere between this world and the next, he encounters his mother again, in their hometown, and gets to spend one last day with her - the day he missed and always wished he'd had. He asks the questions many of us yearn to ask, the questions we never ask while our parents are alive. By the end of this magical day, Charley discovers how little he really knew about his mother, the secret of how her love saved their family, and how deeply he wants the second chance to save his own. Read Less

Goodreads reviews for For One More Day

The Stranger in the Lifeboat: A Novel

Tuesdays with Morrie: An Old Man, a Young Man, and Life's Gr...