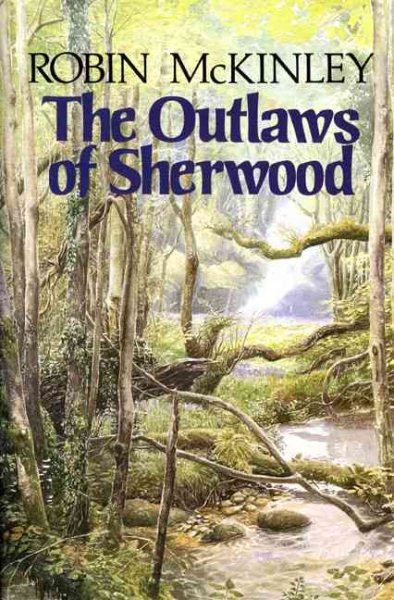 The author retells the adventures of Robin Hood and his band of outlaws who live in Sherwood Forest in twelfth-century England Read More
In the days of King Richard the Lionheart, a young forester named Robin set out one morning for the Nottingham Fair. But he never arrived. By the end of the day a man lay dead in the King's Forest, and Robin was an outlaw with a price on his head. There have been many tales and ballards about the man we know as Robin Hood, and the lady Marian, Little John, Will Scarlet and the rest. But Newbery medalist Robin McKinley brings her unique gifts of storytelling to the familiar legends, and creates an original and compelling novel. Read Less

Goodreads reviews for The Outlaws of Sherwood

The Hero and the Crown