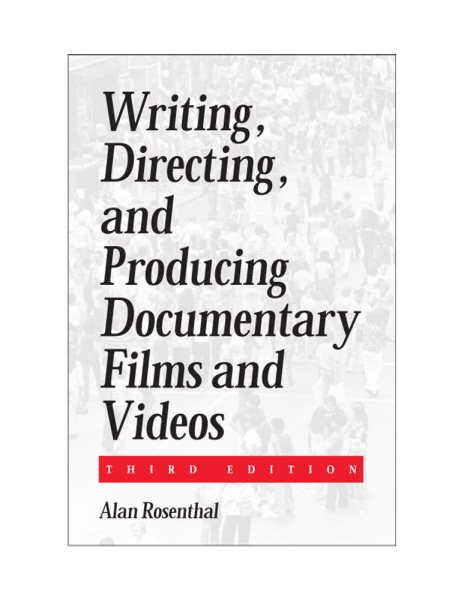 Television filmmaker Rosenthal offers advice on making documentaries. He follows what he views as the natural progression of the documentary film, starting with discussions of ideas, research, and script structure; proceeding through preproduction and production; and then dealing with editing and commentary writing. He also examines the special considerations for the cases of cinema verite, documentary drama, history documentaries, family films, and industrial and public relations films. Annotation c. Book News, Inc., Portland, OR (booknews.com) Read More
As Alan Rosenthal states in the preface to this new edition of his acclaimed resource for filmmakers,Writing, Directing, and Producing Documentary Films and Videos is a book about storytellinghow to tell great and moving stories about fascinating people, whether they be villains or heroes.”In response to the technological advances of the last six years and the demands of cable TV stations like Discovery and A&E, Alan Rosenthal reconsiders how one approaches documentary filmmaking in the twenty-first century. Foregoing theory and hardware, Rosenthal tackles the day-to-day problems from initial concept through distribution, emphasizing the research and writing approach.He offers examples of interviewing, narration writing, and the complexities of editing. Simply and clearly, Rosenthal explains how to write, direct, and produce the documentary, whether film or video. New aspects of this third edition include nonlinear editing techniques, a complex budget example and its analysis, plus a chapter on Staying Alive,” which details how European and U.S. stations approach documentary and how the Internet can help filmmakers find new markets. A new chapter has been added to address the growing genre of family films. Read Less

The New Documentary in Action: A Casebook in Filmmaking