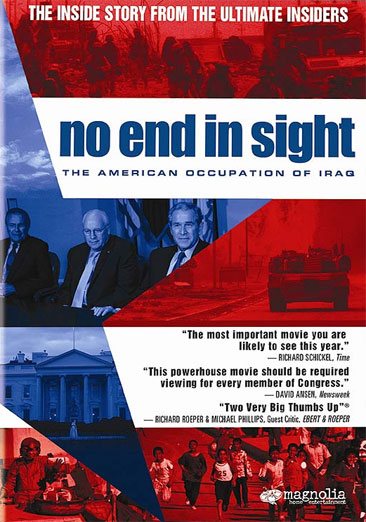 Examines American policy in Iraq, from the Bush Administration's push for war to the chaotic aftermath of the invasion; includes interviews with civilian and military officials, soldiers, and journalists. Read More
In his directorial debut, Charles Ferguson explores the reasons behind the chaos of the war in Iraq. No End In Sight features interviews with U.S. soldiers, Iraqis and experts on the issue, including former Deputy Secretary of State Richard Armitage. Read Less

A Is For Advent