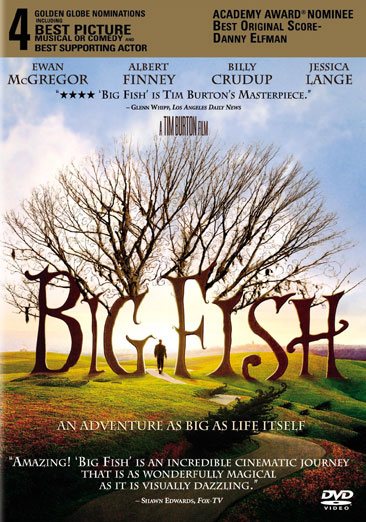 As his father Edward lies on his deathbed, William Bloom attempts to get to know him beyond the tall tales he tells about his life, and learns to understand and accept him along the way. Read More
William Bloom, is a young man who never really knew his now dying father, Edward - outside of the tall tales his dad told him about growing up. During Edward's last days William and his wife Josephine hold a bedside vigil next to the old man as he recollects elaborate memories of his youth. Still doubting the legends and folklore, William makes a journey to meet a mysterious woman from whom Edward had bought property.The story revolves around a dying father and his son. Edward Bloom has always been a man of big appetites. In his later years, he remains a mystery to his son, William, who begins piecing together a true picture of his father from flashbacks of his amazing tales. Read Less