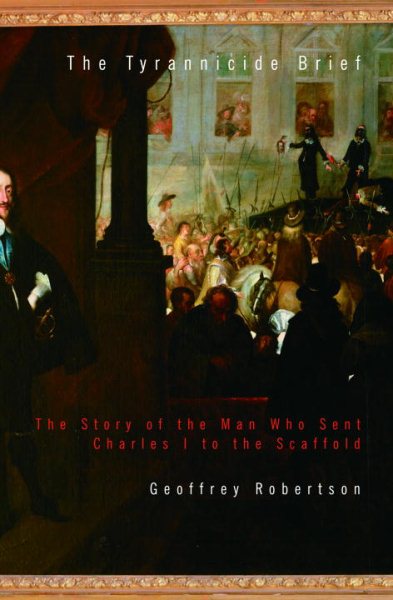 An examination of the tumultuous years of the English Civil War looks at the legal career of John Cooke, who prosecuted King Charles I for crimes against his people, and assesses the implications of the trial. Read More
Charles I waged civil wars that cost one in ten Englishmen their lives. But in 1649 Parliament was hard put to find a lawyer with the skill and daring to prosecute a King who claimed to be above the law: in the end the man they briefed was the radical lawyer John Cooke. His Puritan conscience, political vision, and love of civil liberties gave him the courage to bring the King’s trial to its dramatic conclusion: the English Republic. He would pay dearly for it: Charles I was beheaded, but eleven years later Cooke himself was arrested, tried, and brutally executed at the hands of Charles II.Geoffrey Robertson, an internationally renowned human rights lawyer, provides a vivid new reading of the tumultuous Civil War years, exposing long-hidden truths: that the King was guilty as charged, that his execution was necessary to establish the sovereignty of Parliament, that the regicide trials were rigged and their victims should be seen as national heroes.John Cooke sacrificed his own life to make tyranny a crime. His trial of Charles I, the first trial of a head of state for waging war on his own people, became a forerunner of the trials of Augusto Pinochet, Slobodan Milosevic, and Saddam Hussein. This is a superb work of history that casts a revelatory light on some of the most important issues of our time. Read Less

Goodreads reviews for The Tyrannicide Brief: The Story of the Man Who Sent Charles I to the Scaffold

Crimes Against Humanity: The Struggle for Global Justice

The Case of the Pope: Vatican Accountability for Human Right...