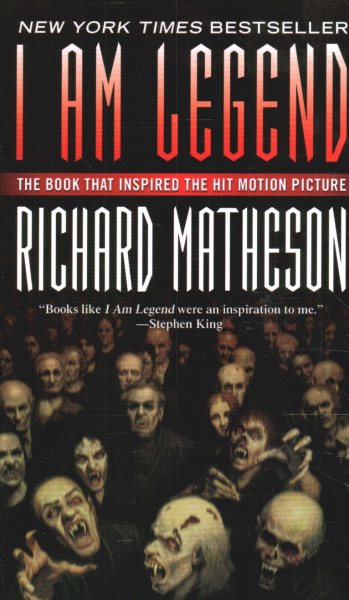 A lone human survivor in a world that is overrun by vampires, Robert Neville leads a desperate life in which he must barricade himself in his home every night and hunt down the starving undead by day. Read More
Robert Neville may well be the last living man on Earth . . . but he is not alone.An incurable plague has mutated every other man, woman, and child into bloodthirsty, nocturnal creatures who are determined to destroy him.By day, he is a hunter, stalking the infected monstrosities through the abandoned ruins of civilization. By night, he barricades himself in his home and prays for dawn.... Read Less

Goodreads reviews for I Am Legend

A Stir of Echoes