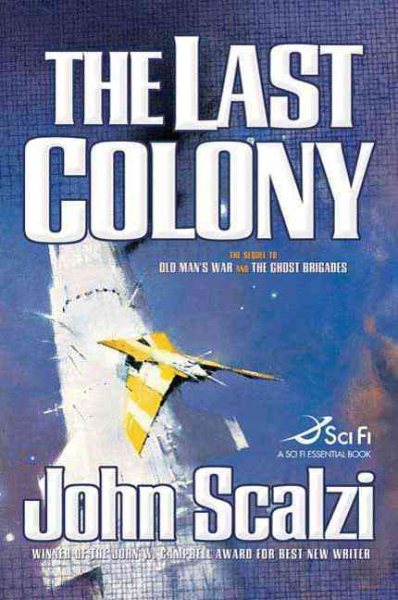 The highly-anticipated conclusion to the SF trilogy begun with Old Man's War and The Ghost Brigades Read More
John Perry has found peace in a violent universe, living quietly with his wife and daughter on one of humanity's many colonies. It's a good life, yet there's something ... missing. When John and Jane are asked to lead a new colony world, he jumps at the chance to explore the universe once more.But Perry quickly finds out that nothing is what it seems. He and his new colony are pawns in an interstellar game of diplomacy and war between humanity's Colonial Union and a new, seemingly unstoppable alien alliance that has ordered an end to all human colonization. As this grand gambit rages above, on the ground Perry struggles to keep his colonists alive in the face of threats both alien and familiar, on a planet that keeps its own fatal secrets.For the survival of his colony and his family, Perry must unravel the web of lies, half-truths, and deception spun around him and uncover the shocking true purpose of his colony - and fight to prevent a war that not only threatens to engulf his new home, but promises the destruction of the Colonial Union. There are few options, and no margin for error, for Perry to keep his colony from becoming the last colony of the human race. Read Less

Goodreads reviews for The Last Colony

Agent to the Stars