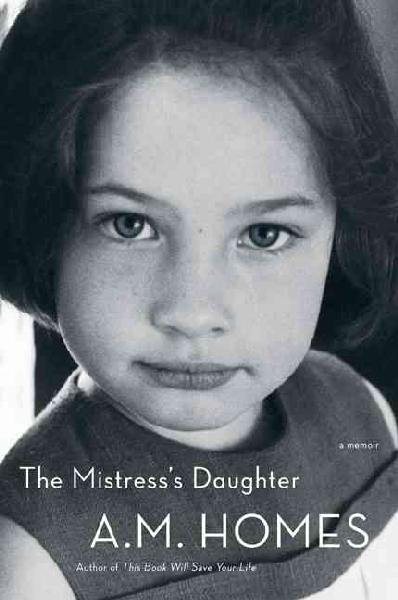 A woman who was adopted as a newborn recounts her experience of meeting her birth parents, describing how adoption affected her sense of identity, her efforts to learn about her late birth mother's personal life, and her discouragement with her birth father's unwillingness to invite her into his family. Read More
An acclaimed novelist's riveting memoir about what it means to be adopted and how all of us construct our sense of self and family Before A.M. Homes was born, she was put up for adoption. Her birth mother was a twenty-two- year-old single woman who was having an affair with a much older married man with children of his own. The Mistress's Daughter is the story of what happened when, thirty years later, her birth parents came looking for her. Homes, renowned for the psychological accuracy and emotional intensity of her storytelling, tells how her birth parents initially made contact with her and what happened afterward (her mother stalked her and appeared unannounced at a reading) and what she was able to reconstruct about the story of their lives and their families. Her birth mother, a complex and lonely woman, never married or had another child, and died of kidney failure in 1998; her birth father, who initially made overtures about inviting her into his family, never did. Then the story jumps forward several years to when Homes opens the boxes of her mother's memorabilia. She had hoped to find her mother in those boxes, to know her secrets, but no relief came. She became increasingly obsessed with finding out as much as she could about all four parents and their families, hiring researchers and spending hours poring through newspaper morgues, municipal archives and genealogical Web sites. This brave, daring, and funny book is a story about what it means to be adopted, but it is also about identity and how all of us define our sense of self and family. Read Less

Goodreads reviews for The Mistress's Daughter: A Memoir

The Mistress's Daughter: A Memoir

This Book Will Save Your Life: A Novel

May We Be Forgiven: A Novel