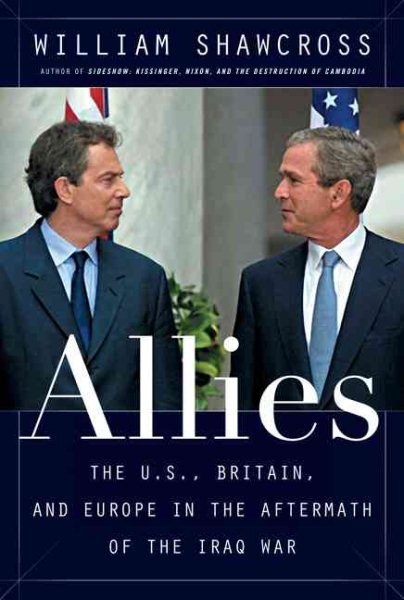 Presents an analysis of the risks taken by the United States and its allies when they went to war with Iraq in March 2003. Read More
Shawcross, a former foreign correspondent, analyzes the US's decision to invade Iraq in March 2003, exploring why Britain and other countries followed, why Franco-German protest had to be faced down, and why, ultimately, the invasion was the right thing to do. 5.5x8 Read Less

Goodreads reviews for Allies: The U. S., Britain, Europe, And The War in Iraq