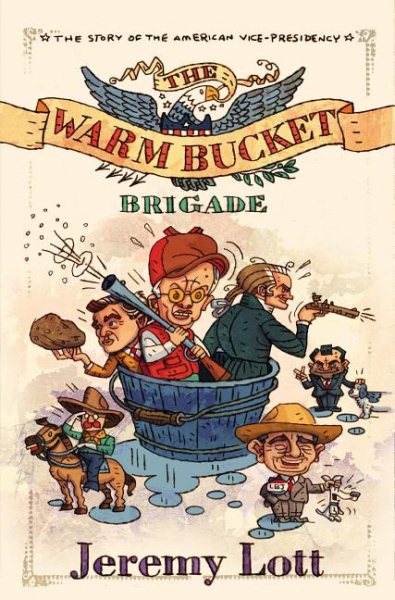 Collects anecdotes about notable American vice-presidents, including Aaron Burr, Andrew Johnson, Richard Nixon, and Dick Cheney. Read More
What Do You Know about America's Vice Presidents?(The official quiz that you, the reader, should take right now to determine if you need this book)How many vice presidents went on to become president?How many sitting presidents died or were forced from office?How many vice presidents shot men while in office?Who was the better shot?Who was the first vice president to assume power when a president died?Why did he return official letters without reading them?What vice president was almost torn limb form limb in Venezuela?Which former VP was tried for treason for trying to start his own empire in the Southwest?How many vice presidents were assassinated?In the next presidential election, should you worry about the candidates for vice president?(Bonus challenge: For extra points, name the men that the vice presidents shot!)See answers below. No cheating!The vice presidency isn't worth "a bucket of warm spit"That's the prudish version of what John Nance Garner had to say about the office--several years after serving as VP under FDR. Was he right?The vice presidency is one of America's most historically complicated, intriguing, and underappreciated public offices. And Jeremy Lott's sweeping, hilarious, and insightful history introduces readers to the unusual and sometimes shadowy cast of characters that have occupied it:Aaron Burr, the only VP tried for treasonJohn Tyler, president without a partyAndrew Johnson, defiant drunkardThomas Marshall, who should have been presidentRichard Nixon, underdog and daredevilGerald Ford, icon of the 1970sAl Gore, the most frustrated man in AmericaAnd, of course, the real Dick CheneyWith crisp prose, Lott focuses on their bitter rivalries and rank ambitions, their glorious victories and tragic setbacks. At the end of hundreds of historical vignettes, interviews, and pilgrimages to obscure places, Lott concludes that the vice presidency is an invaluable political institution that tends to frustrate the ambitions of America's most ambitious politicans--an ungainly launch pad for future political success and a drunk tank for those who would imbibe too deeply of power.Answers to Quiz!Fourteen of the forty-three presidents were vice presidentIt's happened eight times so farAaron Burr and Dick CheneyAaron BurrJohn TylerBecause he insisted on being called "president," not "vice president" or "acting president"Richard NixonAaron Burr (him again!)None, though an assassin was hired to kill Andrew JohnsonSee answers one and two and then ask yourself, "Does America feel lucky?"Answers to bonus challenge: Alexander Hamilton and Harry WhittingtonScore:0-4 You are a novice who should probably buy this book5-8 You are a history buff who should love this book9-12 You are a smart cookie who should appear on Jeopardy--and buy this book for show prep Read Less

Goodreads reviews for The Warm Bucket Brigade: The Story of the American Vice Presidency

Cam Jansen and the Mystery of the Carnival Prize (Cam Jansen...

Storytime with Your Children