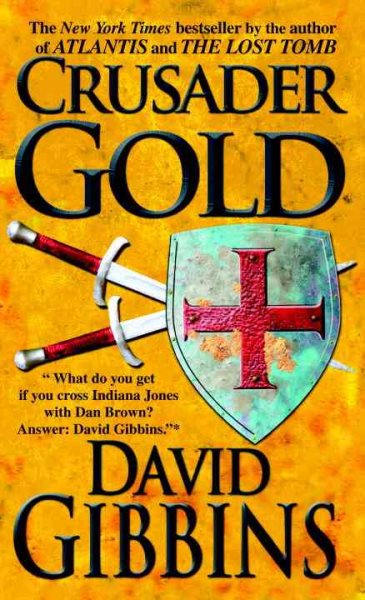 Marine archaeologist Jack Howard launches a dangerous search for one of history's most priceless treasures, the long-lost golden menorah of Jerusalem, following a trail that takes him from the waters off the coast of Istanbul to the core of an arctic iceberg. Read More
From the fall of the Roman Empire to the last days of Nazi power, marine archaeologist Jack Howard and his team of adventurers are hot on the trail of history’s most elusive and desired treasure: the lost golden menorah of Jerusalem. And what they discover could change the world forever….Deep beneath the windswept waters near Istanbul, Jack and his crack team of experts have uncovered a surprising clue to the location of the fabled treasure plundered during the Crusades. Meanwhile, in a dusty cathedral library, someone unearths a long-forgotten medieval map. Together the two discoveries will solve an ancient mystery—and spark a race to stop a present-day conspiracy of staggering proportions.From diving into the core of an arctic iceberg to the last stand of a Viking warship to an extraordinary revelation deep in the jungles of Central America, Jack is headed straight into a globe-spanning clash of civilizations, into an astounding underground labyrinth steeped in blood and horrors—and to a confrontation with a killer on a shattering crusade of his own. Read Less