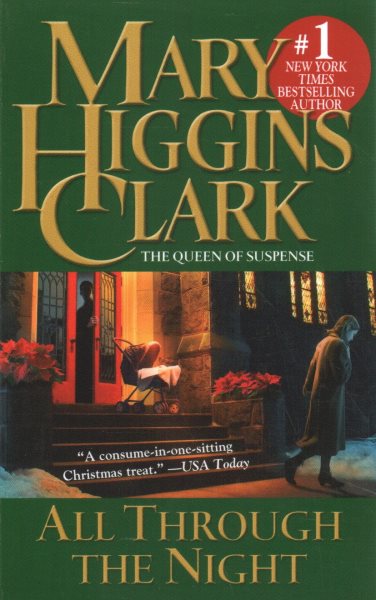 Alvirah, an amateur detective, and her husband Willy investigate when an after-school shelter for neighborhood kids is prevented from moving into a neighboring building by a couple living there who claim to have inherited it Read More
Mary Higgins Clark, the Queen of Suspense, celebrates the season with this Christmas classic featuring two of her most beloved characters. ALL THROUGH THE NIGHT All of Alvirah's deductive powers and Willy's world-class common sense are called upon as the two stumble into a Christmas mystery. A woman abandons her newborn at a Manhattan church. Simultaneously, a thief is absconding with a treasured artifact, a chalice adorned with a star-shaped diamond. To elude police, he grabs the stroller and disappears. Seven years later, the mother returns to the scene and finds Alvirah and Willy helping neighborhood kids prepare for a Christmas pageant at an after-school shelter. Soon the savvy sleuths set out to solve the puzzle of the missing child and chalice -- and to unmask scam artists threatening to shut down the shelter. Read Less

Goodreads reviews for All Through the Night (Holiday Classics)