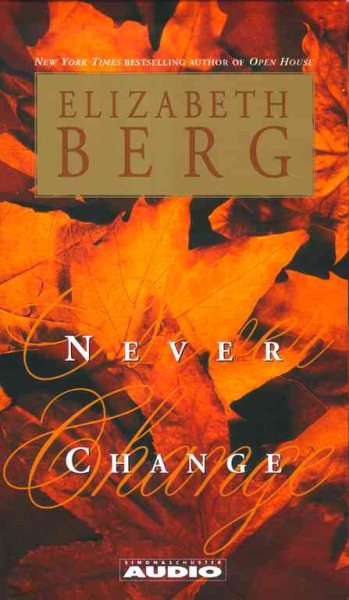 Resigned to her life alone, unmarried fifty-one-year-old Myra Lipinsky immerses herself in her career as a visiting nurse, in which role she is reunited with Chip Reardon, who has returned to his hometown to live while he deals with an incurable illness. Read More
You know people like me. I'm the one everybody liked...the one who say in a folding chair out in the hall selling tickets to the prom but never going, the one everybody liked but no one wanted to be with. A self-appointed spinster at fifty-one, Myra Lipinsky has endured the isolation of her middle life by doting on her dog, Frank, and immersing herself in her career as a visiting nurse. Myra considers herself reasonably content, telling herself, It's enough, work and Frank. And it has been enough -- until Chip Reardon, the too-good-to-be-true golden boy she adored in high school, is assigned to be her new patient. Choosing to forgo invasive treatment for an incurable illness, Chip has returned from Manhattan to the New England home of his childhood to spend what time he has left. Now, Myra and Chip find themselves engaged in a poignant redefinition of roles, and a complicated dance of memory, ambivalence, and longing. From the author whose work The New Yorker calls strong and timeless comes a wry and beautifully distilled portrait of one woman's resilience in the face of loneliness, and of a union that transcends life's most unexpected and challenging circumstances. With effortless warmth, and a loving respect for characters that defies easy sentiment, Never Change melds the emotional depth and gentle intensity of poetry with the rich satisfactions of finely wrought fiction. Read Less

The Story of Arthur Truluv: A Novel

The Confession Club: A Novel