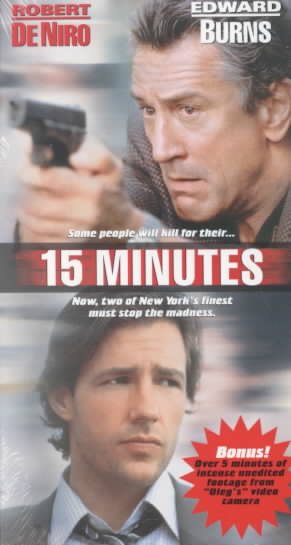 When two Eastern European criminals embark on a vicious, killing rampage, a veteran homicide detective and a young arson investigator seek them out. Read More
Fame is the name of the deadly game in this shrewd thriller that casts a scathing eye on our tabloid media culture, where two calculating killers parlay a series of brutal killings into celebrity. Robert DeNiro stars as a media-savvy homicide cop who reluctantly partners with an idealistic arson investigator (Edward Burns) who are on the killer's case. Kelsey Grammer is chilling as the host of "Top Story," a tabloid TV show who wants to exploit the killers for ratings. Read Less