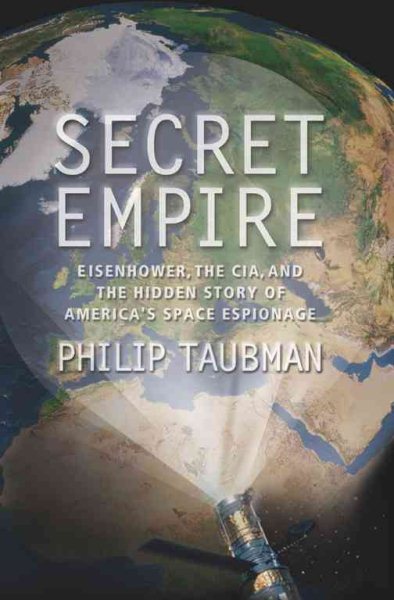 Traces the efforts of Cold War scientists to revolutionize American airplane designs, spying capabilities, and defense technologies, citing how their inventions made possible the systems and processes of current military campaigns. Read More
During the early and most dangerous years of the cold war, a handful of Americans, led by President Dwight D. Eisenhower, revolutionized spying and warfare. In great secrecy and beyond the prying eyes of Congress and the press, they built exotic new machines that opened up the Soviet Union to surveillance and protected the United States from surprise nuclear attack. Secret Empire is the dramatic story of these men and their inventions, told in full for the first time. In a brief period of explosive, top-secret innovation during the 1950s, a small group of scientists, engineers, businessmen, and government officials rewrote the book on airplane design and led the nation into outer space. In an effort no less audacious than the creation of the atomic bomb, they designed, built, and operated the U-2 and supersonic SR-71 spy planes and Corona, the first reconnaissance satellites -- machines that could collect more information about the Soviet Union's weapons in a day than an army of spies could assemble in a decade. Their remarkable inventions and daring missions made possible arms control agreements with Moscow that helped keep the peace during the cold war, as well as the space-based reconnaissance, mapping, communications, and targeting systems used by America's armed forces in the Gulf War and most recently in Afghanistan. These hugely expensive machines also led to the neglect of more traditional means of intelligence gathering through human spies. Veteran New York Times reporter and editor Philip Taubman interviewed dozens of participants and mined thousands of previously classified documents to tell this hidden, far-reaching story. He reconstructs the crucial meetings, conversations, and decisions that inspired and guided the development of the spy plane and satellite projects during one of the most perilous periods in our history, a time when, as Eisenhower said, the world seemed to be "racing toward catastrophe." Taubman follows this dramatic story from the White House to the CIA, from the Pentagon to Lockheed's Skunk Works in Burbank, from the secret U-2 test base in Nevada to the secret satellite assembly center in Palo Alto and other locations here and abroad. He reveals new information about the origins and evolution of the projects and how close they came to failing technically or falling victim to bureaucratic inertia and Washington's turf wars. The incredibly sophisticated spies in the skies were remarkably successful in proving that the missile gap was a myth in protecting us from surprise Soviet attack. But in some ways, the failure to detect the planning for the terrorist attacks of September 11, 2001, can also be attributed to these powerful machines as the government became increasingly dependent on spy satellites to the neglect of human agents and informants. Now, as we wage a new and more vicious war against terrorism, we will need both machines in space and spies on the ground to fight back. Read Less

Goodreads reviews for Secret Empire: Eisenhower, the CIA, and the Hidden Story of America's Space Espionage

The Partnership: Five Cold Warriors and Their Quest to Ban t...

The Partnership: Five Cold Warriors and Their Quest to Ban t...

For the Love of Benji