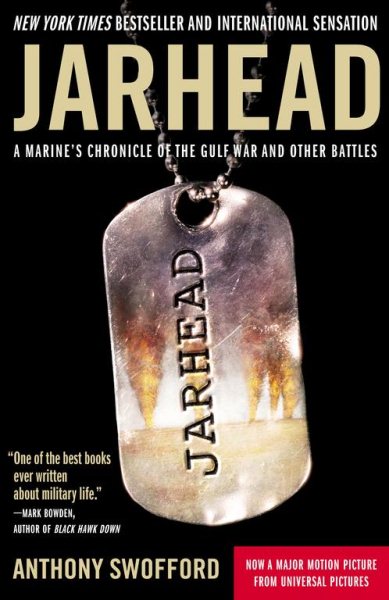 A memoir of the Gulf War by a front-line infantry marine recounts his struggles with the conflict on the front lines, his battles with fear and suicide, his brushes with death, and his identity as a soldier and an American. Read More
In his New York Times bestselling chronicle of military life, Anthony Swofford weaves his experiences in war with vivid accounts of boot camp, reflections on the marines, and remembrances of battles with lovers and family. When the U.S. Marines—or “jarheads”—were sent to Saudi Arabia in 1990 for the Gulf War, Anthony Swofford was there. He lived in sand for six months; he was punished by boredom and fear; he considered suicide, pulled a gun on a fellow marine, and was targeted by both enemy and friendly fire. As engagement with the Iraqis drew near, he was forced to consider what it means to be an American, a soldier, a son of a soldier, and a man. Read Less

Goodreads reviews for Jarhead : A Marine's Chronicle of the Gulf War and Other Battles